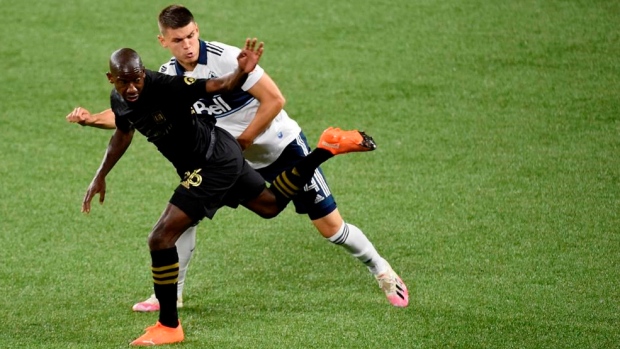 VANCOUVER — The Vancouver Whitecaps have made Serbian centre back Ranko Veselinovic a member of the club long term.

In February, the 'Caps brought in the 21-year-old on loan from his hometown club FK Vojvodina in the Serbian SuperLiga, with a clause in the agreement stating that if he made 12 starts for the team, the transfer would become permanent.

Whitecaps sporting director Axel Schuster said in a statement that the loan agreement was structured to provide roster flexibility, but it was always expected that Veselinovic would be with the club long term.

The Serbian defender has played 934 minutes in 13 games for the 'Caps this season.

The Whitecaps have not publicly announced the associated transfer fee, but a source with knowledge of the agreement told The Canadian Press the fee is US$650,000.

“When we first acquired Ranko, we knew about his qualities on the pitch and over the last eight months we have learned about the man off the pitch,” coach Marc Dos Santos said in a statement. “As a young centre back, he shows a lot of maturity, as well as a willingness to learn.”

This report by The Canadian Press was first published Oct. 18, 2020.