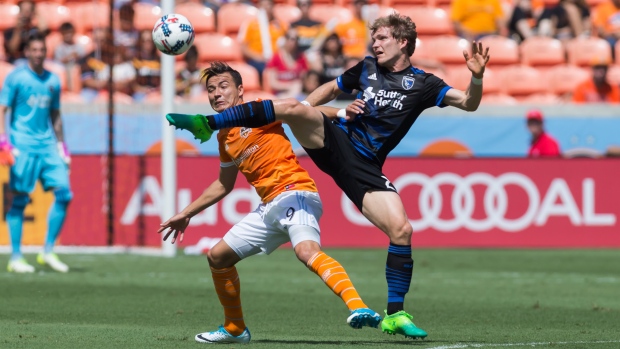 The Vancouver Whitecaps have acquired defender/midfielder Florian Jungwirth in a trade with the San Jose Earthquakes, the club announced on Friday.

“With the loan of Derek Cornelius (to Greek club Panetolikos FC) last month, we wanted to bring in additional depth at that position,” said Axel Schuster, Whitecaps sporting director and chief executive officer. “Florian is a versatile player, not only can he play as a centre back, but also as a fullback or midfielder. He brings great experience to our group both in MLS and abroad.”

Jungwirth joins Vancouver in exchange for $200,000 in General Allocation Money. The 32-year-old has started 120 of his 126 MLS appearances, all with the Earthquakes, and was named the club's top defensive player in 2017 and 2019.

"I am really glad to join this wonderful club," said Jungwirth. "Everyone knows that I am a warrior and I can't wait to fight and leave it all for you on the field."

“Florian is a player who knows the league well, and knows the Western Conference well from his time in San Jose,” added Whitecaps head coach Marc Dos Santos. “He gives us cover in the team, and is a player who should adapt well with our group. We look forward to welcoming him in.”

Jungwirth's 240 interceptions and 179 tackles won since joining MLS place him in the top-10 in the league in both categories during that stretch. ​

The Whitecaps also announced on Friday that the club has loaned striker Theo Bait to Norwegian club Hamarkameratene.

“It’s very important for Theo to get minutes to take the next step,” said Axel Schuster, Whitecaps FC sporting director and chief executive officer. “This is currently the top club in the second division of Norway, fighting for promotion. This will be a great environment and challenge for him to develop and grow before coming back to our team.”

Bair, 21, is in his third active season in MLS, and has three goals and two assists in 39 appearances (18 starts) in his professional career.