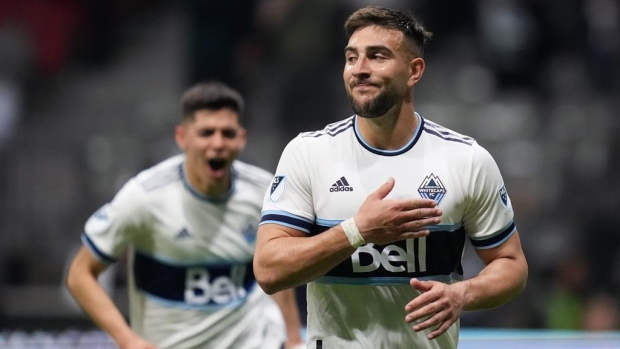 The temperature is set to be about 33 degrees Celsius when the 'Caps kick off against FC Dallas at Toyota Stadium on Saturday evening. The conditions are harsh, and mixing in a team that's sitting near the top of the Western Conference won't make their task easier.

“We know it's gonna be tough," said Vancouver defender Jake Nerwinski. "It's gonna be hot, it's against one of the best teams in the West, but we beat them before and we know how to beat them. So we're going to have to go and do that there.”

The Whitecaps (5-8-2) head to Texas looking to rebound from the ugly 4-0 drubbing they suffered at the hands of the Seattle Sounders on Tuesday.

Everyone on the team knows they can't have a repeat performance this weekend, said head coach Vanni Sartini.

“We had a very honest conversation in the locker room and said that it's unacceptable the way that we approached the game in Seattle," he said.

There's not much the 'Caps can take from the loss, Nerwinski said, but getting back on the field so quickly helps.

“I think that's the good thing about having so many games back to back," he said. "Some say it's not good for rest, but I think if you're coming off a loss, and particularly a bad loss, it could be good to kind of erase that right away.”

Dallas (7-3-4) will come into the matchup well rested, having not played a game since May 28 when they took a 3-1 road win over Orlando City SC.

The Toros sit second in Major League Soccer's Western Conference standings, but have already dropped a game to the 'Caps this season.

Dallas scored in first-half injury time at B.C. Place on May 18 but Vancouver rallied with a Brian White strike in the 71st minute. Striker Lucas Cavallini gave his team the win with a penalty kick in the 92 minute.

After missing a pair of games for international duty with the Canadian men's team, Cavallini will return to the lineup on Saturday. Having the team's leading scorer back in the lineup will be a much-needed boost for the 'Caps, who failed to register a shot on target in Tuesday's loss.

Dallas has potent strikers of their own, however.

Jesus Ferreira has nine goals on the season, tied for the MLS lead, and Paul Arriola is tied for third with seven. Arriola is on a roll, too, with goals in five-straight league games.

“They're very fast and very good in a kind of a foot race against any (defender)," Sartini said. "And so we need to be really, really well organized, defensively. And very simple offensively because, I think, it's the best team in the league in transition. When they win the ball, they can easily go with two, three passes.”

Lately, Vancouver has found ways to eek out results against Dallas, despite where the two clubs sit in the standings. The Whitecaps are unbeaten (3-0-2) in the last five matchups between the two sides.

ROAD WOES: Vancouver has struggled away from B.C. Place this season, dropping eight of nine games on the road. Meanwhile, Dallas has been solid at home, going 5-1-1 at Toyota Stadium.

JUNETEENTH: Both clubs will wear specially designed jerseys to mark Juneteenth, which commemorates the end of slavery in the U.S. The 'Caps are also taking Juneteenth banners designed by their supporters to Texas.