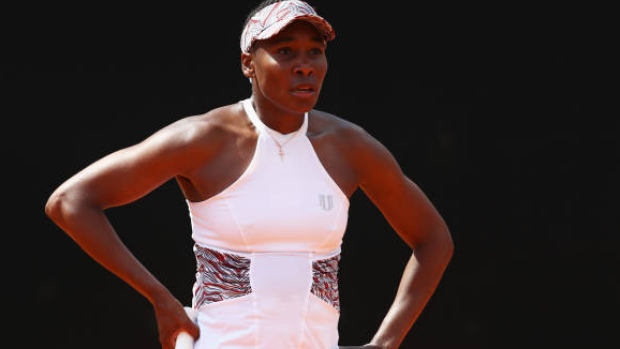 Williams controlled the match early, going up 5-3 in the first set before dropping nine games in a row. A major turning point occurred when Williams failed to convert two set points while up 5-4 in the first.

After falling behind 0-5 in the second set, Williams stormed back to force the tie-break, which Collins won 7-5.

"I didn't really play great the entire way through so I wasn't too happy with my performance even though I got the win, but I was happy to pull it out and sometimes you have to win ugly," said Collins.

Collins has now won both of her encounters with Williams, her previous win coming in last year's Miami quarterfinals.

Williams was the 2015 Wuhan Open champion, but hadn't played in the tournament since 2016 when she lost to Svetlana Kuznetsova in the second round. The 39-year-old is now 7-8 in matches played outside of the U.S. this year.

Sabalenka broke her opponent's serve four times and was a perfect three for three on break points saved as she cruised to a quick victory.

Sabalenka was a champion at Shenzhen earlier this year, and won her first Grand Slam doubles title at the U.S. Open last month with Elise Mertens.

Stephens had lost six of her last seven matches heading into the tournament.