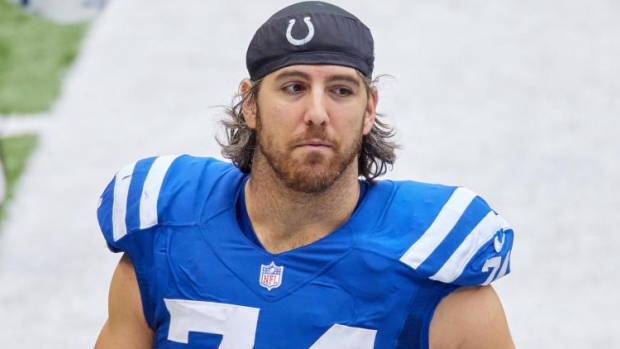 Anthony Castonzo is hanging up his cleats.

The veteran left tackle announced his retirement from the NFL on Tuesday after 10 seasons, all with the Indianapolis Colts.

"As a kid, it was my dream to play in the NFL," Castonzo said in a statement. "I played my first full season of tackle football in second grade. Now I have played my last. As I sit here now, after a 10 year NFL career, I am extremely proud of all the hard work and sacrifice that allowed me to evolve that dream into a goal, and ultimately into a reality unlike anything I could have even imagined."

A native of Des Plaines, IL, Castonzo was taken with the 22nd overall pick of the 2011 NFL Draft out of Boston College.

He appeared in 144 games over his decade in the league, starting in every game he played.

"Anthony deserves a tremendous amount of credit for helping our offensive line mature into one of the best units in the NFL," Colts owner Jim Irsay said. "He will sorely be missed, but we are so appreciative of AC's contribution to our organization and we congratulate him on a fantastic career."

Castonzo played in 12 games this season for the Colts. His season came to an end prematurely with an ankle injury on Dec. 30 for which he underwent surgery.