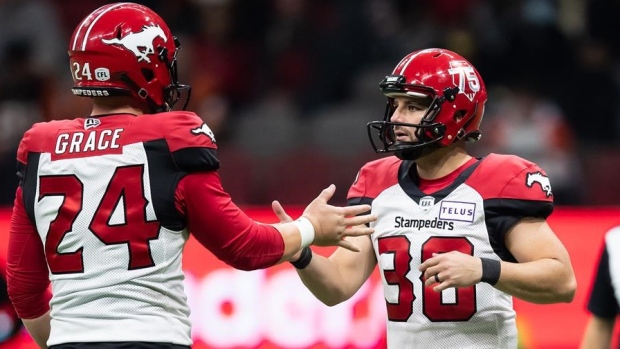 Paredes was named the No. 1 performer after kicking six field goals in Calgary's 39-10 win over the B.C. Lions. The 10-year CFL veteran also added three converts.

Wieneke was named the second performer after registering seven catches for 114 yards and a TD in Montreal’s 27-16 victory over the Ottawa Redblacks. It marked the fourth time this season Wieneke has had a 100-yard receiving game.

Menard, a defensive lineman, had two sacks and a forced fumble against Ottawa. The native of Chicoutimi, Que., has six sacks on the season, tying a career high, and with 11 tackles is just one short of his personal best.