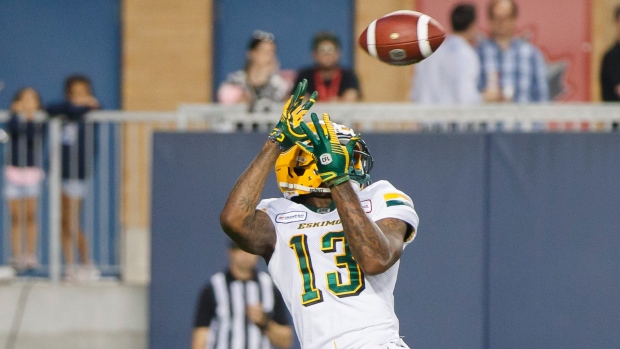 "First and foremost I'd like to thank God for blessing me with the opportunity to play the game of football as long as I have. As a child I always told myself that one day I would be making plays on National TV even though the odds were against me growing up in North Tyler.

"To my parents thank you for molding me into the man I've become today with all the life lessons, from learning how to walk and teaching me the true definition of responsibilities as a man.

"To Edge Performance, thank you for dedicating your time in making sure that I was pushing my body to limits that I never knew I could reach throughout my career.

"Finally, to the Green Bay Packers, Saskatchewan Roughriders, BC Lions and Edmonton thank you for giving me the opportunity to live out my dream of playing the game of football at the highest level."

Collins played four seasons in the CFL. His best season came in 2019 with the Edmonton Football Team when he finished with 78 receptions for 1,103 yards and three touchdowns.