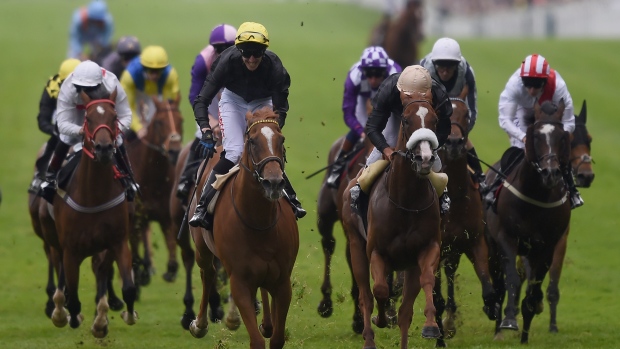 Mark Casse wants the drug Clenbuterol out of horse racing.

Casse, who's been named Canada's top thoroughbred trainer an unprecedented 11 times, called for the drug's use to be stopped in an op/ed piece Monday in the Thoroughbred Daily News.

"It's a problem, absolutely," Casse said candidly Tuesday. "It's been something that's been going on and recently some of my owners have been extremely frustrated by what's going on and that bothered me.

"So I did some research and the more I did the more upset it got me. After a while I said, 'I don't care, I'm going to say what I feel."

Clenbuterol isn't a steroid but has some of the properties of anabolic steroids. It was initially developed to treat asthma in horses.

"It started out as a good drug," Casse said. "It was used for the right reasons.

"But those right reasons went away a long time ago and now it's just being abused."

"Say you take a filly who weighs 900 pounds when she's running and that's what God made her to be," he said. "But you make this 900-pound filly weigh 950 pounds and at the same time you're losing bone density.

"Is that not a recipe for disaster? To me, that (horse's safety) is the most important thing. Look, we all want to win but what you're saying is, 'I'm willing to put my horse in danger just so I can be more competitive or win.' I don't think that belongs in our game and if you're going to do that then you should be penalized. But the best way to do it is just ban it."

When a trainer claims, buys or receives a new horse, Casse wrote often he'll give the animal a high dosage of Clenbuterol.

"After less than two weeks, this horse will start having more muscle mass, his lung capacity will increase, his stamina and endurance levels will also increase." Casse said in Monday's piece. "This treatment will go on for another two to four weeks.

"Then comes the withdrawal time."

Trouble is, Casse, a native of Indianapolis, says the rules and withdrawal times vary from state to state as well as in Canada.

"I've been extremely frustrated in Toronto, as have many, because we've seen in the last four or five years the form reversals and we know why," Casse said. "Woodbine Racetack knows why it's there, (CEO) Jim Lawson knows why it's there but for some reason there's been such push-back that they (Canadian government agencies) don't do anything about it."

Lawson took to social media to agree with Casse.

"We are supportive of Mark's views on the abuse of Clenbuterol in the industry and we have been working to address and we are scheduled to meet with our regulators again this week," Lawson tweeted Tuesday.

Casse has enjoyed extensive success on both sides of the border.

He's won all three legs of Canada's Triple Crown and is enshrined in the Canadian Horse Racing Hall of Fame. Casse has also captured two-thirds of the American Triple Crown and five Breeders' Cup races and Monday was named a finalist for induction into the National Museum of Racing and Hall of Fame in the U.S.

"A claimed runner’s new trainer runs his bigger, stronger horse, and guess what," Casse wrote. "It runs a Beyer number that is 10, 15 maybe 20 points higher than it did for the previous trainer.

Often after the race, Casse continued Monday, the horse will go back on the drug and "start going into depression and melting away."

"There have been many thoughts and discussions why horses do not run as often as they used to, and you can see by the process being employed by the Clenbuterol trainers, a horse can only run every six weeks to two months." Casse wrote, "The problem with this system is the trainers and owners that do not want to subject their horses to this type of treatment compete at a huge disadvantage."

But Casse said the problem doesn't stop there. Young horses, he adds, are being given the drug so they can look more muscular at sales.

"That's what people buy, strength and athleticism," he said.

However, Casse said some action has been taken.

"I commend the recent move by Fasig-Tipton, Keeneland and OBS in the last few months to ban the drug completely in juveniles being sold," he wrote. "I now am begging those same companies to ban it in any horse no matter the age.

"I cannot tell you how many times I have bought a yearling or a two-year-old, brought them home, and watched them wilt away to nothing. It is very sad and disheartening."

"If you are receiving extremely high vet bills each month, you are more than likely paying for Clenbuterol," he wrote. "Hint: it may not show up on your bill in that name, but I promise you, you are paying for it."

Should the drug be banned, Casse said a simple test could expose cheaters.

"You can actually see in the hair follicles if it's been used up to six months," Casse said. "I just think we should just ban it completely."

This report by The Canadian Press was first published March 3, 2020.