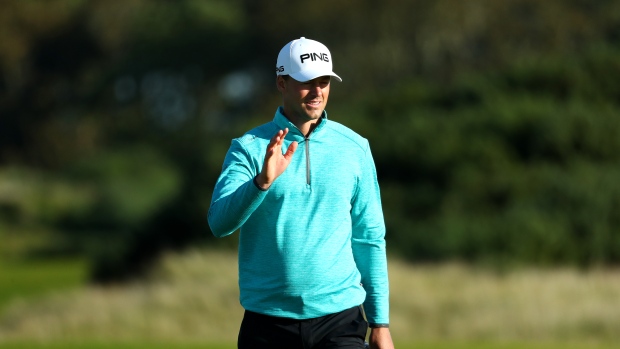 KING ABDULLAH ECONOMIC CITY, Saudi Arabia — Victor Perez birdied four of his last six holes to shoot a second straight 5-under 65 and take a one-stroke lead after the second round of the Saudi International on Friday.

The French golfer maintained his great form on the European Tour that has seen him finish outside the top 20 just once since winning the Alfred Dunhill Links Championship in September for his first title, climbing to No. 41 in the ranking in the process.

Gavin Green of Malaysia, who shared the lead with Graeme McDowell after a first-round 64, was Perez’s nearest rival at Royal Greens Golf and Country Club after shooting 67.

McDowell (68) was a shot further back.

Green and Perez will play in the final group on Saturday on the course next to the Red Sea and they know each other well, having been roommates at the University of New Mexico for four years.

“I'm sure we will talk about some stuff. It's been a couple years,” said Green, who is ranked No. 197. “I know he's been playing really good. Just have fun with him tomorrow.”

Seeking to successfully defend the title, Dustin Johnson is only five shots off the lead after shooting 68 to follow up his first-round 67. He was tied for eighth.

Phil Mickelson, another big name to commit to the tournament despite criticism of the tour coming to a country with its record of human-rights violations, shot 70 and was one stroke further back.

Rory McIlroy said last month that the country's image was a factor in declining his invitation and a reported $2.5 million appearance fee.