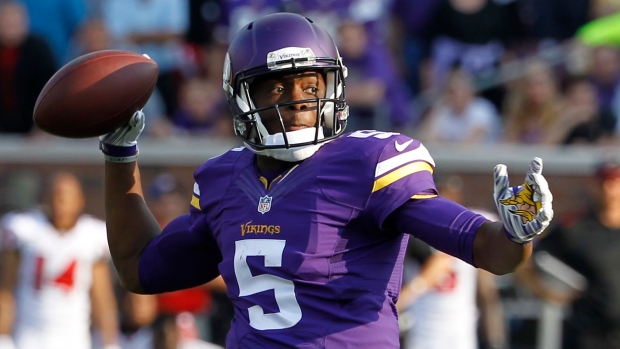 EDEN PRAIRIE, Minn. - The Minnesota Vikings have listed quarterback Teddy Bridgewater as questionable for their game at Green Bay.

The final injury report of the week was released Wednesday, as the Vikings prepared to travel east for their primetime game against the rival Packers Thursday.

Bridgewater sprained his left ankle in the fourth quarter of his first NFL start Sunday, a victory over Atlanta. He was back on the sideline before the end of the game without crutches, and an MRI showed no major damage.

But Bridgewater was held out of practice Monday and Tuesday. The NFL's definition of the questionable designation is a 50 per cent chance of playing.