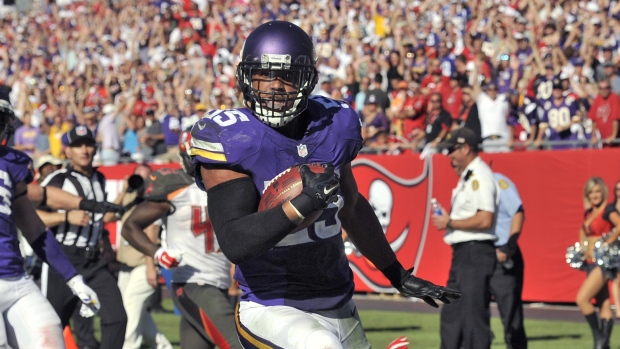 EDEN PRAIRIE, Minn. - Minnesota Vikings linebacker Anthony Barr will have minor surgery on his knee to address an injury that has kept him out of the last two games.

The first-round draft pick from UCLA was an immediate starter at the strong side spot, finishing with 99 tackles, four sacks, 13 quarterback hurries, three fumble recoveries and two forced fumbles in 12 games. On Oct. 26 at Tampa Bay, Barr stripped the ball from Buccaneers tight Austin Seferian-Jenkins and returned it 27 yards on the first play from scrimmage of overtime for a 19-13 victory by the Vikings.

Barr was initially hurt Nov. 16 at Chicago. He played through it the next two games before being held out.

"I've been trying to go out there each week. It just hasn't been right, so time to fix it up," Barr said.

The Vikings play at Miami Sunday, and left guard Charlie Johnson was also ruled out for the second straight game because of a sprained ankle. Tight end Kyle Rudolph, who was only beginning to return to form following his recovery from sports hernia surgery, was listed as doubtful because of injuries to his ankle and knee.