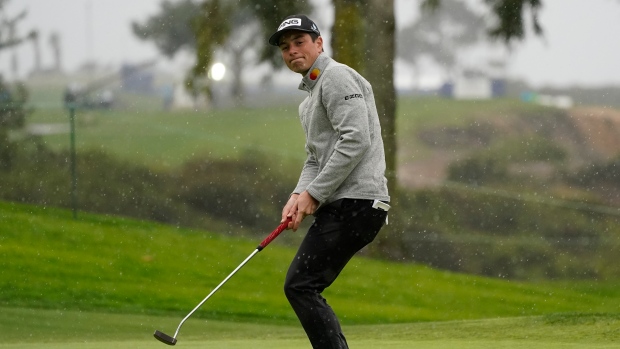 MUNICH (AP) — Viktor Hovland is a round away from becoming the European Tour's first Norwegian winner after he opened up a three-shot lead in the third round of the BMW International Open on Saturday.

Five birdies on the back nine helped Hovland record the best round of the day with an 8-under 64 as he moved to 17 under for the tournament.

“I just try to stay within myself. I look at leaderboards to see where I’m at, but instead of trying to force things, I just tell myself at the start of the day just to take control of my own game,” Hovland said.

“If I don’t waste shots here and there, just play smart, trust that I’m doing the right things, I think I should have a really good shot tomorrow.”

Hovland already has two U.S. PGA Tour titles from the Mayakoba Golf Classic in December and the Puerto Rico Open in February 2020.

Jorge Campillo is in second place on 14 under, with Darren Fichardt one shot further back.

Second-round leader Niall Kearney is tied on 11 under with Bernd Wiesberger.