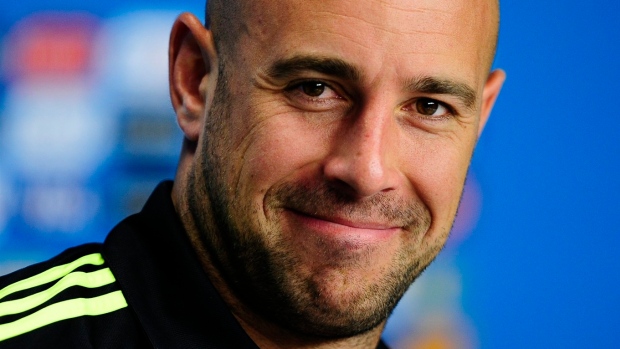 BIRMINGHAM, England — Aston Villa signed former Spain and Liverpool goalkeeper Pepe Reina on loan from AC Milan until the end of the season on Monday.

Villa, which is in the relegation zone in the English Premier League, made the move for the 37-year-old Reina after first-choice goalkeeper Tom Heaton was ruled out for the rest of the season because of a knee injury.

Reina, who was in Spain's 2010 World Cup-winning squad, played for Liverpool from 2005-13, before spells with Napoli, Bayern Munich and most recently Milan.

“We’ve managed to secure a player in Pepe who has a wealth of Premier League experience," Villa manager Dean Smith said.

“At the start of the summer, we were looking for an experienced goalkeeper and brought in Tom Heaton. Unfortunately, his injury has ruled him out for the rest of the season but Pepe fits our criteria not just because of his experience but also because of his leadership qualities.”

Reina was at Villa Park on Sunday to watch Villa lose to Manchester City 6-1, a day after dropping into the bottom three in the league.