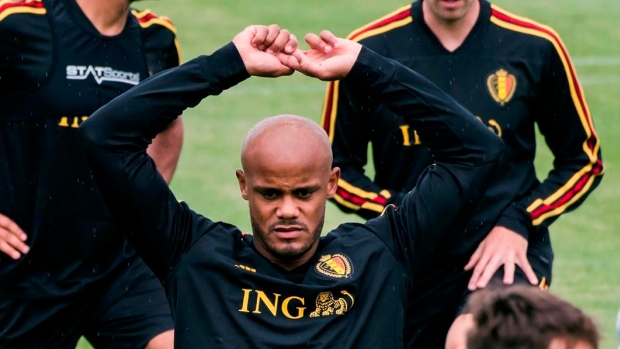 A Premier League legend will be tasked with getting Burnley back there.

Former Manchester City captain and Belgium international Vincent Kompany will be named Clarets manager as the team prepares for life in the Championship, reports Fabrizio Romano.

Kompany’s close to be appointed as new Burnley head choach - while Felice Mazzù is in advanced talks to join Anderlecht. pic.twitter.com/MhtBYmi43f

On Wednesday, the club Kompany was managing, Belgian side Anderlecht, confirmed that he had left the team.

The Uccle-born Kompany spent 11 seasons at the Etihad from 2008 to 2019 before returning to boyhood club Anderlecht as a player-coach the following season. He assumed the role of full-time manager following his retirement as a player for the past two seasons.

The Clarets, relegated with a loss to Newcastle coupled with a Leeds victory over Brentford, return to the Championship for the first time since 2015-2016.

Kompany succeeds Sean Dyche, who was fired by Burnley on April 15th during his 10th season as manager. Mike Jackson had served as interim manager since Dyche's dismissal.