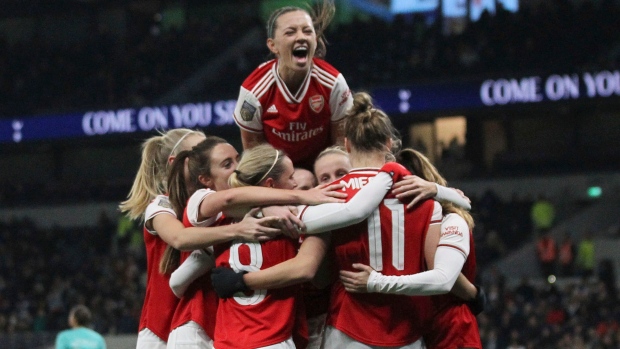 Miedema netted three times in each half and also provided four assists as the reigning champion moved to top of the standings.

The result surpassed Liverpool's 9-0 win over Doncaster Belles in 2013.

Bristol City, which is now eight games without victory this season, pulled one back five minutes from the end when Yana Daniels scored on the rebound after her penalty was saved by goalkeeper Manuela Zinsberger.

Previous leader Chelsea dropped to third after its game at Everton was postponed due to a frozen pitch.