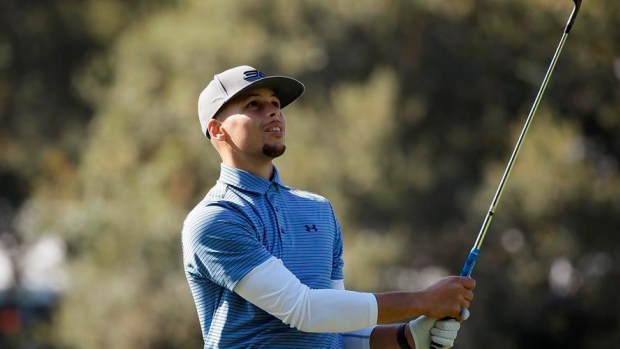 The Web.com Tour said Wednesday that Curry, coming off his second NBA championship with the Golden State Warriors, will play in the Ellie Mae Classic at TPC Stonebrae on Aug. 3-6.

It'll be the first PGA Tour-sanctioned event for Curry, who has competed in various celebrity events and pro-ams. The top 25 on Web.com Tour's regular-season money list will earn PGA Tour cards.

Curry will maintain his amateur status, competing on an unrestricted sponsor exemption in the event that benefits the Warriors Community Foundation.

Also Wednesday, Nissan's upscale Infiniti brand announced that Curry would be its new global brand ambassador. The point guard will be featured in ads for the Q50 sports sedan beginning this summer.