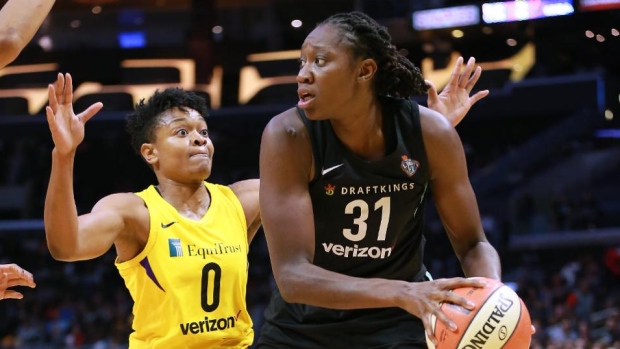 The Washington Mystics announced Friday that they have re-signed seven-time All-Star and former MVP Tina Charles for the 2021 WNBA season.

Charles did not participate in the 2020 WNBA season as she was granted a medical exemption by an independent panel.

She became the fastest player in WNBA history to record 400, 500, 600 and 700 career rebounds and set the league record for the first player to post three 20 point-20 rebound games.

“When we traded for Tina last year, it was a big moment for our organization. It was disappointing for her and for us when she had to miss the 2020 season,” stated Mystics general manager Mike Thibault. “Tina’s high-level preparation this off season and her hunger to win a championship will be a huge catalyst for us to continue as one of the elite teams in the WNBA. We can’t wait to get started.”