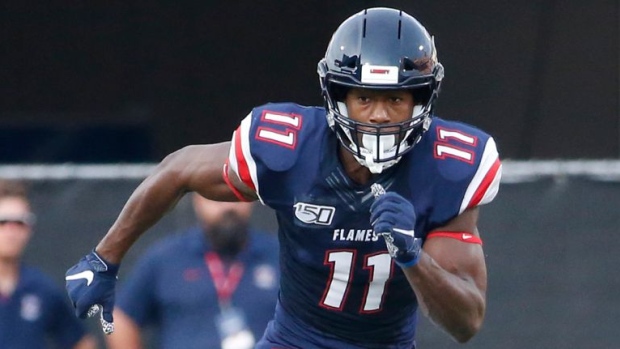 Rookie wide receiver Antonio Gandy-Golden, who was drafted by Washington in the fourth round (142 overall) in the 2020 NFL Draft, has announced that he tested positive for COVID-19 in March.

Gandy-Golden released the following statement through his agent on Wednesday:

"During my pre-draft training, I tested positive for COVID-19 on March 24. My symptoms thankfully were mild, but I self-quarantined for two weeks and followed all guidelines from health experts. I was fully cleared April 7. I feel 100% now and can’t wait to get on the field for the Redskins ASAP! #HTTR!!"

The 22-year-old Gandy-Golden played four seasons with Liberty University prior to being drafted by Washington in April. He finished his career at Liberty with 3,722 yards and 32 touchdowns on 231 receptions.