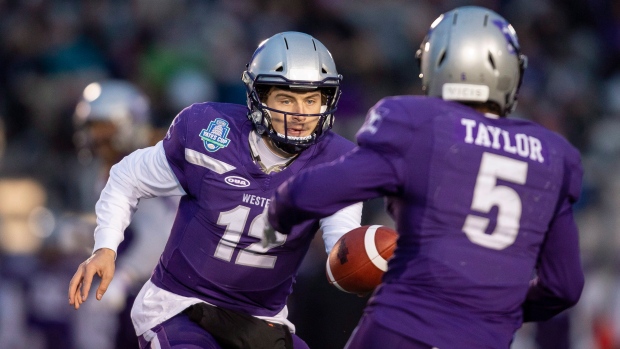 Merchant captured the Hec Crighton Trophy on Thursday night at the U Sports football awards.

The fifth-year senior from Calgary led the Mustangs to their third consecutive unbeaten regular season.

Merchant threw for 2,378 and 14 touchdowns and rushed for 438 yards and six majors in eight games.

Merchant was joined by his coach, Greg Marshall, in the winner's circle. Marshall was named coach of the year for the second straight season and the third time in his career.

"Chris Merchant has had an outstanding season and career as our quarterback at Western," Marshall said in a statement. "He has made a significant impact on our football program at Western. He has been an outstanding athlete, student and teammate at Western."