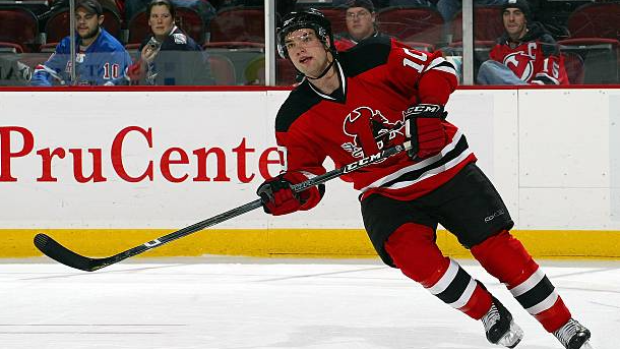 As a 16-year-old rookie with the Spokane Chiefs, Myles Stoesz started a line brawl, fought with his own teammates to gain respect, and was taught the “craft” of fighting by a National Hockey League tough guy.

That 2003-04 Western Hockey League season marked a transformation for Stoesz, who described himself growing up in Steinbach, Man., as “a happy and easygoing kid.” Stoesz says he was told repeatedly by Spokane coaches that he wouldn’t get any ice time if he didn’t fight during games.

“I was moulded into this raged-filled fighter,” Stoesz wrote in an April 13 affidavit filed in the Supreme Court of B.C.

Other former CHL players whose affidavits have been filed in court include James McEwan, who played with the WHL’s Seattle Thunderbirds and Kelowna Rockets from 2004-08; Rhett Trombley, who played junior hockey from 1991-94 with the WHL’s Tacoma Rockets, Saskatoon Blades and Victoria Cougars, as well as with the Ontario Hockey League’s Soo Greyhounds; and Eric Rylands, who played in the OHL from 1993-96 with the Kingston Frontenacs, the Greyhounds, and the Ottawa 67’s.

The former players allege in affidavits filed in court on May 7 that they were typically not given proper medical attention after suffering concussions in games and that they still suffer from the long-term effects of repeated brain trauma.

The players are seeking damages for personal and physical injury, psychological injuries, special damages for out-of-pocket medical expenses and loss of past and future income. They have asked a judge to include as class members all CHL players since Aug. 21, 1974, as well as their family members.

“I think the CHL needs to be held accountable to the current and former players for these injuries,” Stoesz wrote. “I want the CHL to acknowledge that what we had to do to play in the CHL as teenagers was not acceptable. Looking back at my career in the CHL, I feel like I lost part of my youth. My time in Spokane was a daze of fights. I’m scared about my future because I took repeated blows to my head. I’m in my early 30s and I suffer from headaches and migraines and my right hand is disfigured with a mallet finger from punching.”

Stoesz played three seasons for the Chiefs before he was traded in 2006 to the Chilliwack Bruins. Later that same season, he was traded again to the Regina Pats. Drafted by the National Hockey League’s Atlanta Thrashers in the seventh round of the 2005 draft, Stoesz did not play a game in the NHL but did play four pro seasons, bouncing between the American Hockey League and ECHL.

Stoesz wrote in his affidavit that he was an enforcer and routinely suffered brain injuries because he fought in WHL games. When he was 16, Stoesz said the Chiefs sent him to a local gym for boxing lessons and brought in an unnamed “NHL tough guy” to train him on “the craft of fighting.”

“I feel sick to my stomach to see my younger self being punched in the face, pushed on the ice or seeing myself doing that to another player,” Stoesz wrote. “In the video you can see that we drop our gloves, take off our helmets and then start pounding our fists into each other in the head. The referees stay back and watch us take multiple punches at each other until we both fall onto the ice. Only then do they break up the fight.”

Citing the website hockeyfights.com, Stoesz wrote that he fought 88 times in CHL games. (He wrote that does not account for his fights during training camps, team practices and in preseason games.)

“I recall being told I had a concussion at least twice, and now that I know the symptoms of a concussion, I know I had many more,” Stoesz wrote. “I was never told to get medical attention for my hits to the head or other injuries. My recovery time was when I was sitting in the penalty box icing my fists.

It’s unclear when the defendants will file their response and when a judge may decide whether the lawsuit should proceed as a class action.

In 2016, the OHL said players would be suspended for two games after they had accumulated three fighting majors in a season. Previously, the threshold was 10 fights. The same year, the WHL said it would begin ejecting players from games who participated in “staged” fights, dropping the gloves immediately after a faceoff.

Last September, the Quebec Major Junior Hockey League – weeks before receiving $12 million in COVID-19 relief money from the Quebec government – approved new rules for fighting. All players involved in a fight now receive a 10-minute misconduct penalty and a five-minute major. Previously, players were assessed only the five-minute major penalty. QMJHL players also receive a one-game suspension after their third fight of a season, plus another one-game suspension for each additional fight.

On one occasion McEwan wrote that he passed out in a parking lot while talking to one of his team’s assistant coaches after fighting, but was never given proper medical treatment after fights or after games. He wrote that he has suffered for years from distorted vision, severe anxiety, depression, and mood swings.

“I often turned to alcohol and painkillers to cope,” McEwan wrote.

Rylands wrote in his April, 20, 2021, affidavit that he attended Kingston’s training camp as a 16-year-old in 1993 and fought the team’s 20-year-old veterans during training camp.

In one game as an OHL rookie, Rylands wrote that he fought 20-year-old Fredrik Oduya.

“…I still recall how hard his right hook was when it connected with my chin,” Rylands wrote.

Rylands wrote that he fought 45 times during three seasons in OHL.

“During my last year playing with the Greyhounds, I took a hit and lost my memory for about five hours,” he wrote. “I recall watching the video of what happened and after that hit, I got up, fought the guy, went to the penalty box, fought another guy, and then went to the penalty box again. I have no memory of this and it was not until one of my teammates called over an assistant coach because I was saying nonsensical things that I was taken off the ice. In addition to these incidents, I would often see stars after my fights and suffer dizziness, ringing in the ears, and confusion during and after fights.”

Trombley played three seasons in the WHL with the Tacoma Rockets, Saskatoon Blades and Victoria Cougars. He said he fought so often as a 16-year-old that he couldn’t hold a pencil during school because his hand was so swollen.

“I would receive particularly hard punches to the head and would often have several days of feeling completely spaced out, almost like I was drunk, and would not be able to focus on anything in school or otherwise,” he wrote. “On one occasion, I broke my orbital bone during a fight. After the fight, I received a five-minute penalty and, five minutes after getting out of the penalty, I fought the same player again. While I did see the team doctor after this and had to get an X-ray, I typically did not receive medical attention after fights, no matter the outcome.”

Trombley wrote that he suffers from ongoing memory issues and pain throughout his body, including his hands, shoulders, and back.

Dr. Arthur-Banning wrote in a Feb. 23 expert report that the CHL should follow the lead of NCAA hockey and suspend players for fighting. From 2012-13 to 2015-16, there were 20 fights in NCAA Division I hockey. According to another document filed in connection with the lawsuit, there were 2,456 fights in the WHL over those four seasons.

Dr. Arthur-Banning’s other recommendations include mandating that CHL players be assessed by medical professionals after a fight before being allowed to return to play, and improved education for players, coaches, officials, administrators, billet families and biological families about the symptoms of concussions and long-term consequences of concussions.

The concussion lawsuit against the CHL was filed months after the NHL settled major concussion-related litigation of its own. In August 2019, a U.S. judge ruled that a proposed lawsuit against the NHL filed in Minnesota would not proceed as a class action largely because medical monitoring laws were too different between various U.S. states and Canadian provinces for players to form a common class of plaintiffs.

The CHL is also defending two other class-action lawsuits. One has alleged the league is complicit for hazing and other forms of abuse of former players stretching over decades.