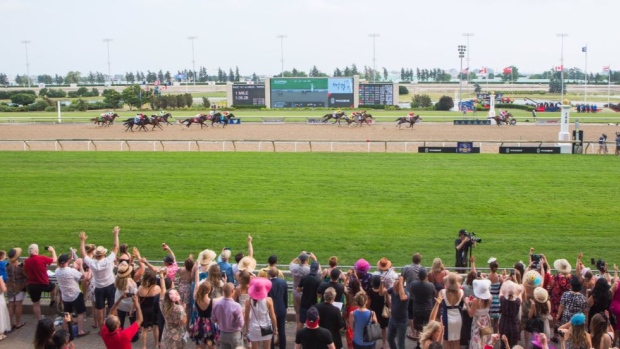 TORONTO — Weyburn was installed as the early 3-1 Winterbook favourite for the 2021 Queen's Plate on Thursday.

Weyburn won the Grade 3 Gotham Stakes over a mile at Aqueduct in Queen's, N.Y., on March 6. It was a second straight victory for the Jimmy Jerkens-trained three-year-old colt.

Weyburn had a win, second- and fifth-place finishes last year as a two-year-old.

The $1-million Queen’s Plate, the first jewel of the Canadian Triple Crown, is scheduled for Aug. 22 at Woodbine Racetrack.

“Obviously, seasoning-wise, he's still a big kid, and it (Gotham) was a big step up for him, going from a maiden win to a graded stakes race," Robert Landry, a Hall of Fame jockey and now the GM of owner/breeder Chiefswood Stables, said in a statement. "It wasn't the plan, but good horses overcome those kinds of things.

"Jimmy was really happy with the way he was training and it all worked out."

Wayburn's next start could be the Grade 2 $750,000 Wood Memorial on April 3 at Aqueduct. The 1 1/8-mile main track event is a key race on the road to the Kentucky Derby.