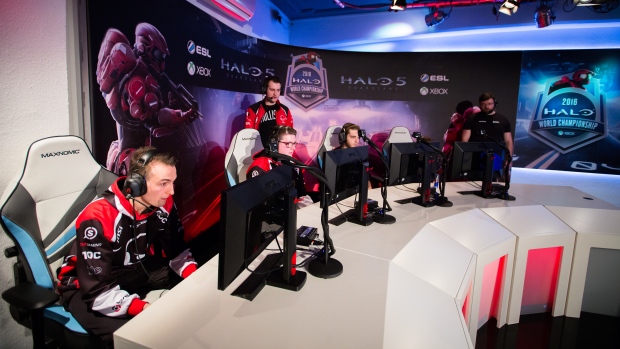 The Halo World Championship season is made up of 10 live events and 43 online qualifiers across the North America, Europe/Middle East/Africa (EMEA), Australia/New Zealand (ANZ), Latin America and Asia regions.

This year's event will be held from March 18-20 in Hollywood, California.

Who gets to come?

Sixteen teams are invited to the 2016 HWC based on performances in regional qualifiers. Each region is granted a certain number of entrants.

The sixteen teams are divided into groups of four (A,B,C,D). Each team plays the other three teams in a best-of-five match to decide who will advance to the elimination round. The top two advance to the championship bracket while the bottom two finish 9th-16th.

The championship bracket is set up randomly with a top team from each group facing the runner-up in each group. The quarter-finals are decided by a best-of-five series and the semifinals and finals a best-of-seven.

Only the largest prize pool for a console game in the history of esports - $2.5 million.

The groups are set and the sixteen best Halo teams from around the world are ready to rumble in Hollywood on March 18.