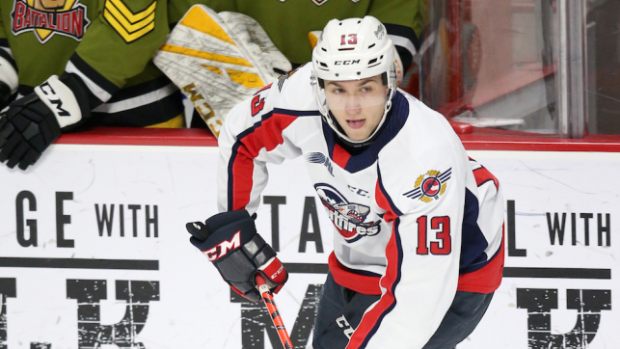 "With his size and hands, can be a dangerous and productive goal-scorer. Good in tight spaces and finds ways to get himself unchecked to take advantage of scoring chances."