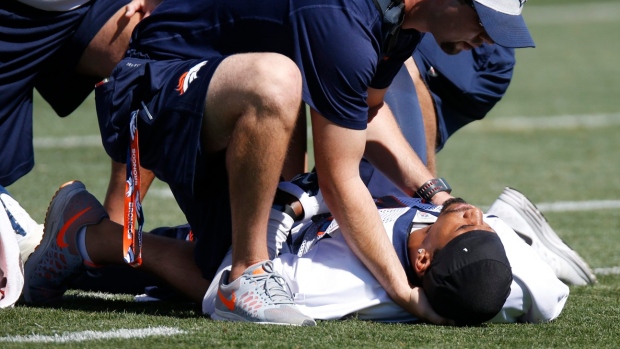 The oft-injured Williams missed much of the Broncos' off-season workouts with sore hamstrings. He was out of the league last year after playing in all four of Kansas City's preseason games.

Williams was reaching to scoop a football when he crumpled to the grass in pain and was carted off the field minutes later and taken for an MRI.

Williams, a fifth-year pro who has played in San Francisco and Kansas City, was in the mix for Denver's punt return job.

Coach Gary Kubiak said Williams "was doing a good job. He came back in great shape and was doing some return stuff, wasn't even touched. So, one of those things you just feel bad for him. I know he's very disappointed, so we'll support him best we can."

(This story has been updated to show Williams tore the Achilles tendon in his left leg.)