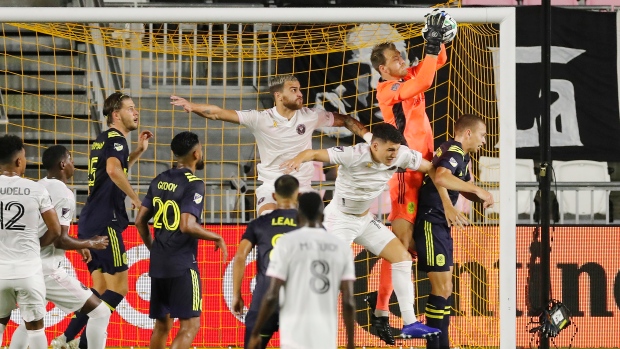 The start was delayed 80 minutes because of lightning.

Luis Robles had four saves for Inter Miami (1-6-2), which was shut out for the third straight game. Nashville (2-4-3) has consecutive draws since beating Inter Miami 1-0 in the first meeting between the teams Aug. 30.

Both teams missed on several opportunities.

For Nashville, Daniel Lovitz missed an easy shot in the 80th minute. Robles came up to stop Lovitz’s shot in front of the 6-yard box. The shot got through Robles’ leg but missed wide right.

Inter Miami’s Robbie Robinson shot wide left off a free kick in the 84th minute. Robinson also headed a shot into Willis’ hands in the 71st.

Rodolfo Pizarro, who has two goals and an assist for Inter Miami, sailed a shot over the crossbar in the 90th minute. Pizarro also had a clear shot from the centre of the 6-yard box, but it went over the right corner post in the eighth minute.