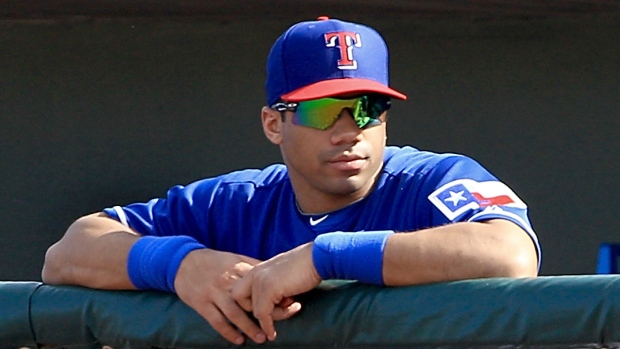 Details were still being worked out, but the Seattle Seahawks quarterback is likely to have a similar experience as last year.

"I'm still focused on thinking I still have a game on Sunday," Wilson said Tuesday. "In terms of the Rangers, I'll probably go down there at some point. I'm not sure when or if I do. But I'm just grateful to be on this football team."

Weeks after Seattle won the Super Bowl last year, Wilson spent a day in Surprise, Arizona. He went through a morning workout with the Rangers, took the lineup card to umpires before a spring training game and sat in the dugout without playing. He also addressed Rangers minor leaguers.

Texas selected Wilson from the Colorado Rockies in the Triple-A portion of baseball's December draft in 2013. Wilson was a minor league second baseman for parts of two seasons (2010-11) before going back to college to play football. He just finished his third NFL season.