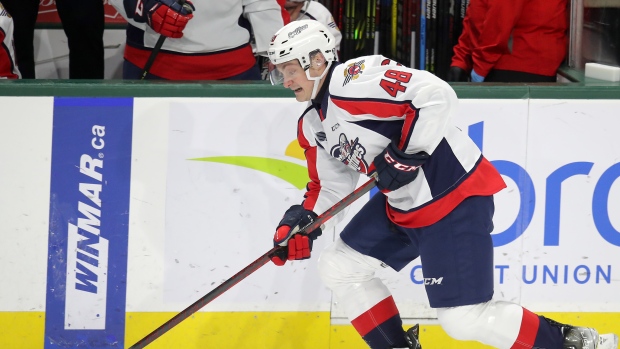 WINDSOR, Ont. — Alex Christopoulos scored a hat trick to lead the Windsor Spitfires to a 6-5 win over the Kitchener Rangers Saturday, giving them a 1-0 lead in their second-round OHL playoff series.

Wyatt Johnston had four points with three assists in the victory and Andrew Perrott scored the goal that would stand as the game winner midway through the third period.

Joseph Serpa scored twice and added two assists and Mitchell Martin had two goals and a helper for Kitchener.

The game was decided in the third period.

Martin scored his first goal of the game 2:35 into the last frame to tie the game up at 3-3, Afterwards, would finish off his hat trick with a pair of goals a little over five minutes apart from each giving Windsor a 5-3 lead.

The Spitfires' advantage shrunk to just 5-4 when Martin got his second goal at the 10:18 mark. Perrott would score less than a minute after that to put Windsor up 6-4 and ultimately provide the insurance that was needed to win the game.

Game 2 between the two clubs goes Sunday in Windsor.