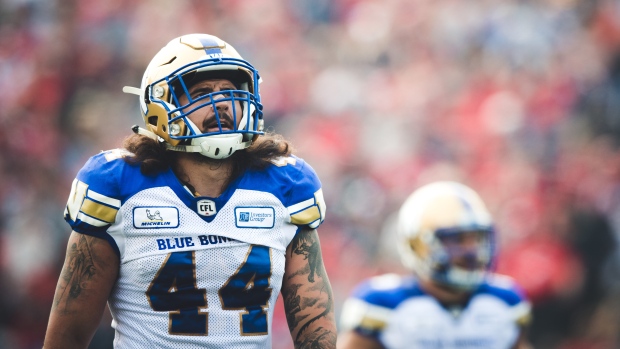 WINNIPEG — The Winnipeg Blue Bombers agreed to terms on a one-year contract extension with Canadian linebacker Shayne Gauthier on Wednesday.

Gauthier, of Dolbeau-Mistassini, Que., was scheduled to become a free agent next month.

The five-foot-10, 223-pound former Laval star is heading into his sixth season with Winnipeg.

Winnipeg selected Gauthier in the fourth round, No. 28 overall, in the 2016 CFL draft. He has appeared in 63 career games with the Bombers.

Gauthier had a career-high 15 tackles in 2021 while adding nine special-teams tackles.

This report by The Canadian Press was first published Jan. 19, 2022.