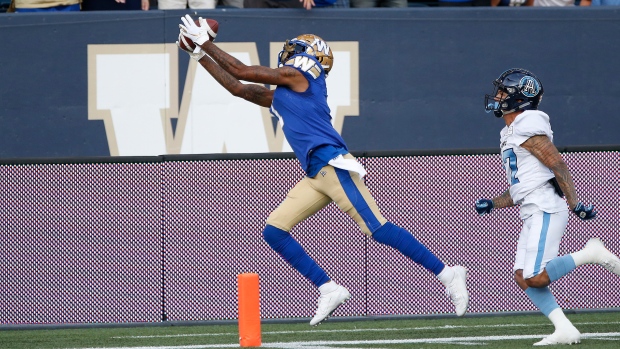 Darvin Adams is sticking around in Winnipeg.

The Blue Bombers announced Sunday they have agreed to a three-year extension with the wide receiver to keep him with the club through the 2022 season.

Adams was originally eligible to become a free agent on Feb. 11. According to TSN Football Insider Dave Naylor, Adams' decision came down to re-signing with the Blue Bombers and joining the Ottawa Redblacks.

Came down to Bombers and Ottawa ... https://t.co/Gc2aobOksU

Despite an injury limiting him to 13 games last season, Adams still finished with 47 catches for 549 yards and five touchdowns.

This was his sixth season with the Bombers after playing with the Toronto Argonauts from 2013 to 2014.

Adams played college ball at Auburn and is a native of Canton, Miss.