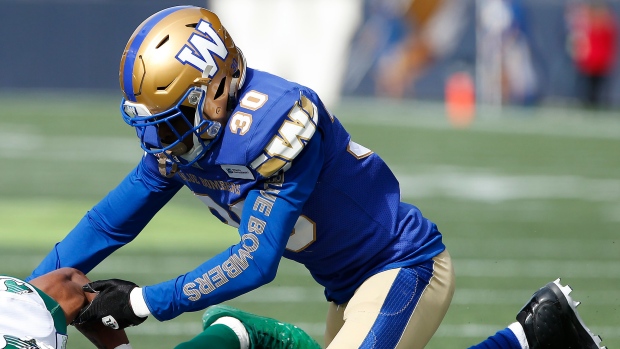 WINNIPEG — The Winnipeg Blue Bombers agreed to terms with American defensive back Winston Rose on Wednesday.

Winston was a CFL all-star in 2019 when he led the league in interceptions (nine). He helped the Blue Bombers defeat Hamilton 33-12 for their first Grey Cup title since 1990.

Afterwards, Rose signed with the NFL's Cincinnati Bengals. He was released Aug. 21 and placed on the practice roster before being let go again Sept. 6.

Winnipeg also placed American running back Shaq Cooper on its roster. Cooper was released last week by the B.C. Lions.