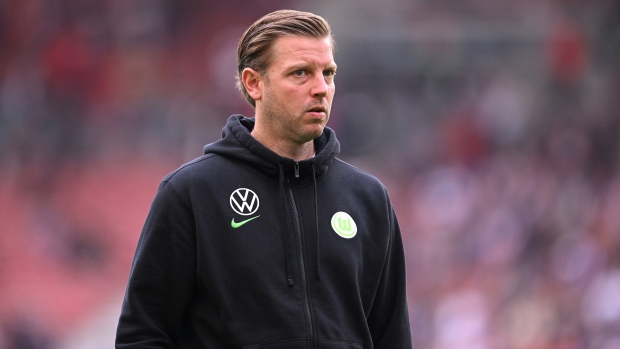 WOLFSBURG, Germany (AP) — Wolfsburg is looking for a new coach after its mediocre Bundesliga season.

The Volkswagen-backed club said Sunday that it had mutually agreed with Florian Kohfeldt to part ways after his seven-month stint in charge of the team.

“We regret this development and thank Florian Kohfeldt for helping us in a difficult situation and taking the right measures to secure our Bundesliga status,” Wolfsburg managing director Jörg Schmadtke said. “We wish him all the best and are certain that he will continue on his path as a coach.”

Wolfsburg finished 12th in the 18-team division. It began the season full of optimism after qualifying for the Champions League last year under Austrian coach Oliver Glasner, but ultimately it ended up fighting for survival. Kohfeldt took over from the fired Mark Van Bommel in October.

Wolfsburg only secured its place in the Bundesliga with a 1-1 draw in Stuttgart on April 20.

“We had to deal with many unforeseen circumstances, especially in the second half of the season, which made this task extremely difficult,” Kohfeldt said. “Nevertheless, together we succeeded in reaching safety three matchdays before the end of the season.”