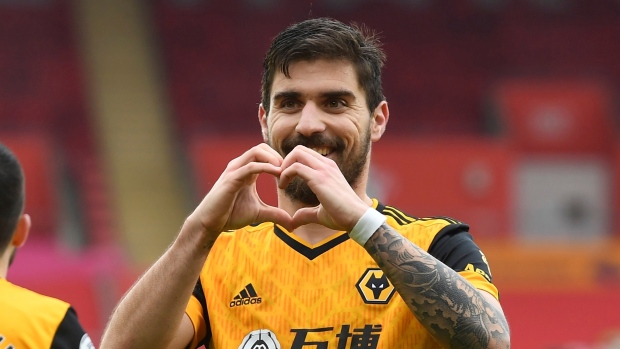 Wolverhampton Wanderers would love for Ruben Neves to stay at the club, but are being "realistic" about the Portugal midfielder's future.

The 25-year-old Neves has been attached to a number of clubs as the transfer window get set to open and technical director Scott Sellars says the team is prepared for approaches.

"The ideal situation is we want him to stay," Sellars told the club's website.  "But I'm also realistic that when you've got an outstanding player then the top clubs are going to come and try to see what the situation is."

A native of Mozelos, Neves joined Wolves in 2017 in a £15.8 million move from Porto, which was a record at the time for both the club and the Championship.

Neves was central to the club's promotion to the Premier League in 2018 and has made 184 league appearances over five seasons, scoring 21 league goals.

Internationally, Neves has been capped 26 times by the Portugal senior team and was a member of the squad that went to Euro 2020.

In recent weeks, Neves has been attached with a move to Manchester United, Arsenal and Barcelona.