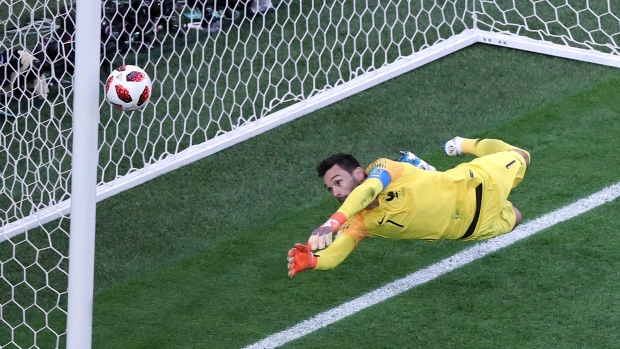 LONDON — France's World Cup-winning captain Hugo Lloris was charged with drunken driving in London on Friday, and he apologized for setting a bad example with "unacceptable" behaviour.

The Tottenham goalkeeper was stopped following a routine patrol in the Marylebone district, police said. Lloris was released on bail and is due to appear at Westminster Magistrates' Court on Sept. 11.

"I wish to apologize wholeheartedly to my family, the club, my teammates, the manager (Mauricio Pochettino) and all of the supporters," Lloris said in a statement. "Drink driving is completely unacceptable, I take full responsibility for my actions and it is not the example I wish to set."

The 31-year-old Lloris has kept 74 clean sheets in 207 appearances for Tottenham since joining from Lyon in 2012. He has played 104 times for France, including the 4-2 victory against Croatia in the World Cup final in July.