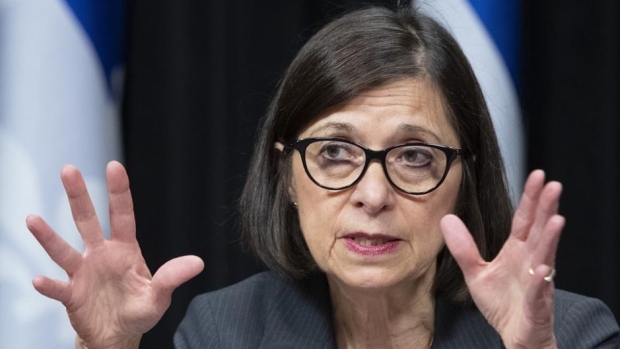 Nam Nguyen was driving home to Toronto from a training session in Richmond Hill, Ont., on Wednesday, but pulled his car over to learn the bad news that would end his competitive figure skating season.

"I have never opened Twitter so many times in the span of 10 minutes," Nguyen said. "I refreshed and I saw the word 'Cancelled,' and I was like 'Oh. Game over.'"

Next week's world figure skating championships in Montreal were cancelled on Wednesday due to the spread of COVID-19, and the afternoon announcement by Quebec Health Minister Danielle McCann had skaters around the world nervously tuning in.

The reaction was one of understanding, but heartbreak nonetheless.

"We totally understand and respect the decision, and we know that it's for the betterment of the health of everybody involved, but we are gutted not to have the opportunity to fight for a podium spot," said Kirsten Moore-Towers, a two-time Canadian pairs champion with partner Michael Marinaro.

The championships were scheduled to run March 18-22 at the Bell Centre. McCann made the announcement at the legislature in Quebec City, and said a number of factors went into the decision.

"A lot of people coming from different countries, it's in an indoor space, there's thousands of people, there has just been a pandemic declared in the world so we think it's (the) best scenario to protect the population," McCann said.

Skate Canada CEO Debra Armstrong and the International Skating Union left the door open for potentially hosting the event in the fall.

"We are certainly going to do our due diligence around that and we are appreciative that the ISU is also looking at a possible rescheduling, and they are looking to work through that with us in the first instance," Armstrong said. "So we will do our due diligence in the coming days to determine whether or not that's possible."

Armstrong said there had been "very preliminary conversations with the people at Bell Centre," about potential dates next fall.

The cancellation was the latest blow to a sports world reeling from the spread of COVID-19. The women's world hockey championships, which were scheduled to open March 31 in Nova Scotia, were cancelled last weekend.

While some sports have decided to hold events closed to fans, such as the NBA's Golden State Warriors, Armstrong said Skate Canada was never involved in such discussions.

Moore-Towers said she would prefer the skating be cancelled outright than skate in front of an empty arena.

"If this has done anything to me, it's made me really think about how much we need and appreciate fans and the audience, because the thought of doing it without the support from the crowd and the ovation that we were hoping for and training to get, it isn't the same," she said.

Piper Gilles, the Canadian ice dance champion with partner Paul Poirier, said she would have preferred an empty Bell Centre to no worlds at all.

"The two of us obviously love to perform in front of a crowd on, I think we wouldn't have a sport without them," she said. "But I think if we would have if we had it our way we would still be competing. . . just for our own selves."

The world championships are the traditional punctuation mark on the competitive season, and the biggest event in a non-Olympic year.

"I think the last couple of weeks have been really good training, I don't think I've ever been in this positive, like super, super positive mindframe in a long, long time. Or even ever," Nguyen said. "I was really ready, everything was just going so well so easily, and then obviously today happened."

Skate Canada said ticket provider Evenko will have details on the refund process in due course, Armstrong said.

Figure skating events tend to attract many fans in an older demographic, which is a concern for the spread of COVID-19. Dr. Alon Vaisman, a resident at the University of Toronto's Faculty of Medicine who specializes in infection control, said age is a risk factor at events.

"If they're elderly individuals, it's even worse or even more of a risky thing to do," he said. "So unfortunately, like even when we say an NBA game being played without anyone, that's all, that will probably be at least 100 people there, right? Even if you have zero fans ... you're still putting people at risk by bringing them together in close contact with one another.

Montreal, which last hosted the world figure skating championships in 1932, was awarded the event in September of 2017. The 2021 world championships are scheduled for Stockholm.

Poirier said "a lot of decisions" would have to be made before rescheduling the 2020 world championships to the fall.

"(But) it is definitely a possibility and whatever decision is made, so long as we have enough preparation time, we can make sure we're prepared," he said. "But I think from the athletes perspective, all we can do is take the competition opportunities that are presented to us, and find a preparation schedule that works so that we can perform at our best in each competition."

The other major winter world championship event in Canada remains on schedule. The women's world curling championship is slated to start on Saturday in Prince George, B.C.

A World Rugby Sevens event went on as scheduled this past weekend in Vancouver.

The IIHF plans to have the women's hockey event in Nova Scotia in 2021.

— With files from John Chidley-Hill in Toronto.