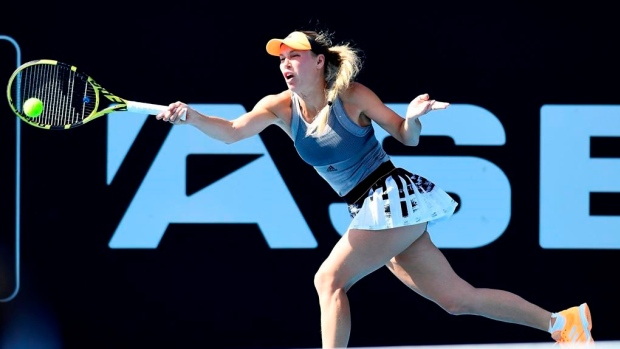 Former world No.1 Caroline Wozniacki will have no further preparation before her final career appearance at the Australian Open after withdrawing Monday from the traditional warm-up tournament at Kooyong.

The 29-year-old Dane has announced she will retire after the Australian Open, where in 2018 she won her only Grand Slam title.

Now ranked 35th, Wozniacki was due to play in a select women's field at Kooyong but informed Australian organizers Monday that she was withdrawing.

"She's pulled up a bit sore after playing (at the ASB Classic) in Auckland so as a precaution ahead of the Open she's decided not to play," tournament director Peter Johnston said.

Wonziacki reached the singles semifinals at the ASB Classic and the doubles final with long-time friend Serena Williams, the first time the two have combined in doubles.