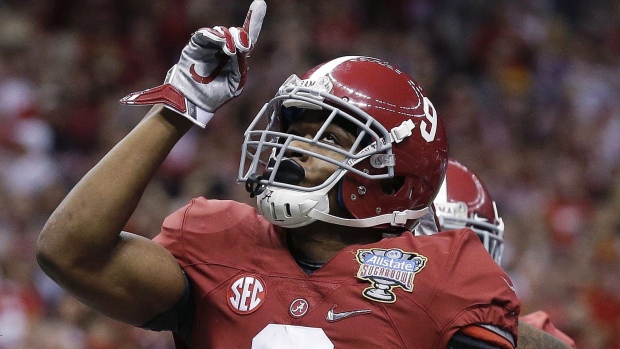 Alabama coach Nick Saban made the announcement Friday, calling it "business decisions," for the trio.

Cooper won the Bilietnikoff Award as the nation's top wide receiver in 2014, finishing the campaign with 124 receptions for 1,727 yards with 16 touchdowns.

Yeldon was the Crimson Tide's second-leading rusher this past season with 979 yards, just 11 behind Derrick Henry, and added 11 touchdowns. He eclipsed 1,000 yards in each of his first two seasons, and finished his career with 3,355 yards and 37 touchdowns.

Collins tied for the team lead with three interceptions this past season and was a finalist for the Thorpe Award as the nation's top defensive back.

"My time has come for me to take the next step in my journey," said Collins.

Alabama finished 12-2 this season, falling to Ohio State on New Year's Day in the College Football Playoff semifinals at the Sugar Bowl.