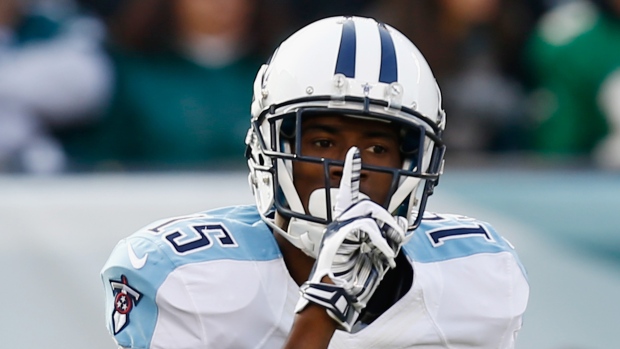 VIRGINIA BEACH, Va. - The felony charge against Tennessee Titans wide receiver Justin Hunter has been reduced to a misdemeanour count of assault and battery.

Hunter had been facing a felony charge of malicious wounding that stemmed from a late-night flight at the Sandbar Raw Bar in Virginia Beach's oceanfront resort area during the July Fourth weekend, according to Virginia Beach police.

The Commonwealth's Attorney office issued a release Friday saying that "based upon subsequent interviews with witnesses, it is the Commonwealth's position that the evidence better supports the charge of assault and battery."

The case had been scheduled for a preliminary hearing Tuesday. In its statement, the Commonwealth's Attorney office said the case instead would go to trial on this misdemeanour charge Tuesday.