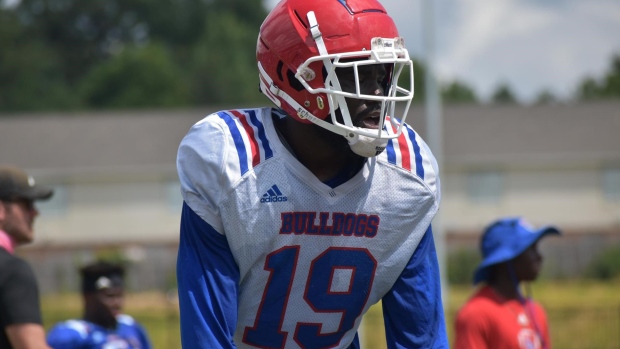 Two Canadians that are expected to be picked early in Tuesday’s CFL Draft have accepted mini camp invites in the NFL, according to TSN’s Farhan Lalji.

Receiver Samuel Emilus accepts a mini camp invite to #AZcardinals. Expected to be a first round selection in tomorrow’s #CFLDraft @CFLonTSN pic.twitter.com/IwHRH0Pv1l

Emilus had 17 receptions for 257 yards and three touchdowns for Louisiana Tech last season.

The Montreal native spent the first three seasons of his NCAA career with the University of Massachusetts Minutemen.

Langenburg, Saskatchewan's Zerr is expected to be one of the first offensive linemen taken in the CFL Draft.