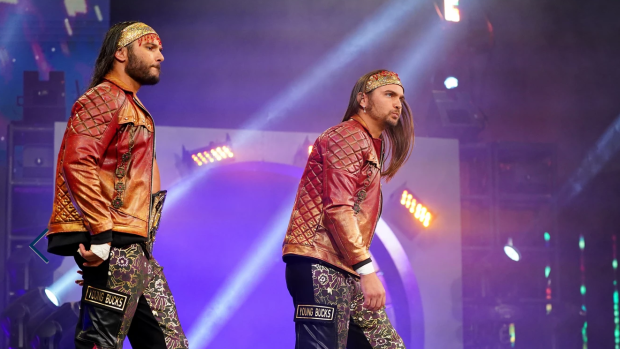 The AEW World Tag Team Champions the Young Bucks (Nick Jackson and Matt Jackson) take on old rivals Death Triangle (PAC and Penta El Zero M) in non-title action, the Factory and Nightmare Family renew hostilities in a pair of matches. You can catch AEW Dynamite at 10pm et/7pm pt on TSN2, the TSN app, streaming on TSN Direct and on TSN.ca.

AEW World Tag Team Champions The Young Bucks (Nick Jackson and Matt Jackson) (w/ Don Callis) vs. Death Triangle ("The Bastard" PAC and Penta El Zero M) - After a hard-fought victory to retain their titles over Eddie Kingston and Jon Moxley at Double or Nothing, the Jackson brothers return to action against a pair of old foes on Friday night in PAC and Penta. While these teams are no stranger to one another, the Bucks have never taken on this Death Triangle pairing in tag-team combination before, having previously met the Lucha Bros. (Penta and Rey Fenix) and the team of PAC and Fenix. Though PAC was unsuccessful in his attempt to wrest these titles away on  the Apr. 8 edition of Dynamite, he is eager to get back in the ring with the Jacksons and now has alongside him one of the few men who can match his sheer brutality in Penta. Should Death Triangle pick up the victory in this non-title match, a shot at the Young Bucks' championship could be in the cards for the future.

Bull rope match: "The Natural" Dustin Rhodes vs. Nick Comoroto - If you've never seen a bull rope match before, the rules are pretty straightforward: Rhodes and Comoroto will each be tied to the end of a 14-foot-long bull rope, meaning that neither man can get very far from the other. The first man to get a submission or pinfall will be victorious and the bull rope itself is legal to be used as each man sees fit. Since the Factory's shocking betrayal of the Nightmare Family earlier this spring, these two groups have been engaged in a lengthy feud with the enmity between Rhodes and Comoroto becoming physical during last Sunday's PPV. After Rhodes eliminated Comoroto from the Casino Battle Royal, Comoroto was able to get a measure of revenge by attacking Rhodes with his own cowbell that he brought to the ring, allowing Powerhouse Hobbs to eliminate Rhodes. These are two big men who clearly don't like each other and will be permitted to use a bull rope. Just how brutal will this encounter get?

Jungle Boy and Christian Cage vs. Private Party (Isiah Kassidy and Marq Quen) (w/ Matt Hardy) - This match also stems from what happened during the Casino Battle Royale. Matt Hardy's plan to win the title shot through using Private Party as his personal protection squad during the match hit a snag when Cage and Jungle Boy took out Quen and Kassidy before Cage took care of Big Money Matt himself. The battle royal came down to Cage and Jack Perry with the younger man outfoxing the veteran to earn a shot at Kenny Omega and his AEW World Championship. Cage and Hardy's history is among the most well known in recent wrestling history, but not only is this the first time that Cage has met Private Party, but it's also Cage's first tag match in AEW. As Jungle Boy celebrated his victory last Sunday, Cage gave him a pep talk and urged him to make the most of his opportunity, so there's clearly mutual respect between the two men, but can they form an effective duo against a full-time tag team that holds a victory over the Young Bucks?

The Nightmare Family ("The American Nightmare" Cody Rhodes and Lee Johnson) (w/ Arn Anderson) vs. The Factory (QT Marshall and "The Guv'nor" Anthony Ogogo) - The second match on Friday's card that features these two warring factions is an interesting one and not only because of the belligerents involved. On top of the blood feud playing out as its backdrop, the match on Friday night represents the first time Anthony Ogogo heads to the ring coming off of a loss. Rhodes handed the Olympic medalist the first loss of his young career at Double or Nothing, so how the Briton bounces back could go a long way in telling what kind of career Ogogo might have in store for himself going forward. This will only be Ogogo's fourth match in AEW and first tag team encounter. Will he be able to avenge his defeat at the PPV or will Rhodes and co. get another one over on the Factory?