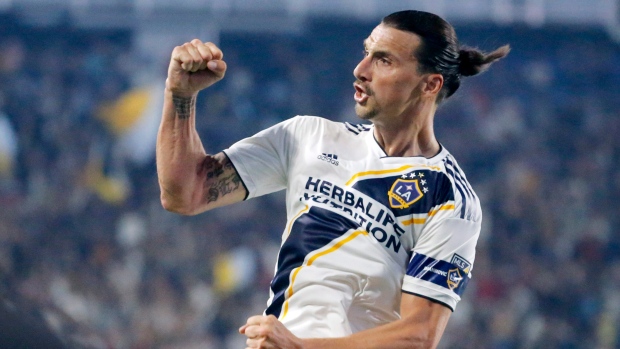 Los Angeles snapped a four-match winless streak to move into fifth place in the Western Conference, a point ahead of San Jose and two in front of Portland.

Ibrahimovic scored his first goal on a rebound after goalkeeper Tim Melia stopped his penalty kick, then beat Melia with a left-footer from close range to break the record. He also scored the final goal on a left-footer.

Joe Corona gave Los Angeles the lead in the 48th minute on a header off Cristian Pavón's high chip. Uriel Antuna added a goal in the 69th, and Sebastian Lletget struck in the 77th and 79th minutes.