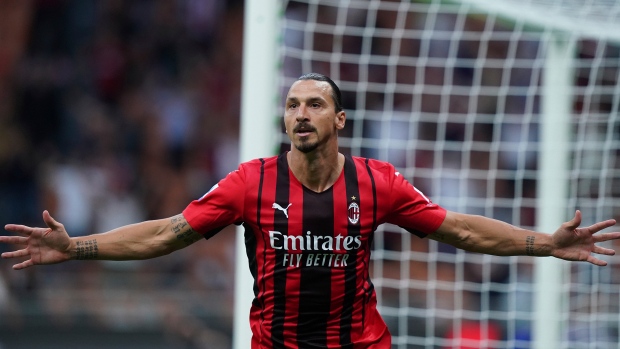 Zlatan Ibrahimovic says this past season was the most physically and mentally taxing of his career as he helped Milan win its first Scudetto in over a decade.

The legendary Swedish striker says he played without an ACL in his left knee for the past six months.

"I was only able to train with the team 10 times in the last six months," the 40-year-old Ibrahimovic wrote after undergoing ACL surgery. "Took more than 20 injections in six months. Emptied the knee once a week for six months. Painkillers every day for six months. Barely slept for six months because of the pain. Never suffered so much on and off the pitch."

The Malmo native says even through the pain, he was able to reach his goal.

"I made something impossible to something possible," Ibrahimovic wrote. "In my mind I had only one objective, to make my teammates and coach champions of Italy because I made them a promise. Today I have a new ACL and another trophy."

In his second stint with Milan, Ibrahimovic scored eight times in 23 league appearances this season. He is out of contract at the end of June, but hopes to stay with the Rossoneri for what would be his sixth season with the team. The recovery from surgery is likely to keep Ibrahimovic out of action until 2023.