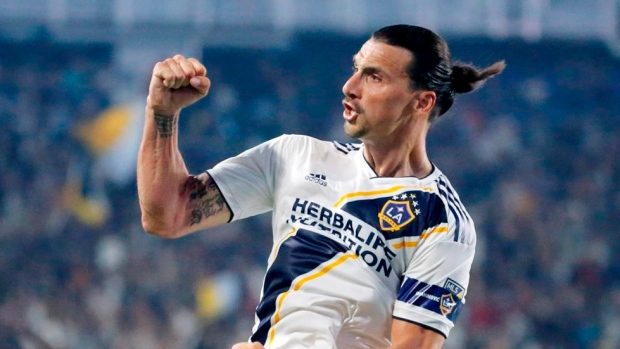 If Zlatan Ibrahimovic is returning to Serie A, he's certainly setting the stage for some fireworks.

The Swedish icon hit out at Juventus forward Cristiano Ronaldo in an interview with GQ Italia, mocking the idea that going to Serie A was a "challenge" for the five-time Ballon d'Or winner.

"He signed for a team that won Serie A seven times in a row," Ibrahimovic said of Ronaldo's move to Italy in 2018 (translated by AS). "Going to a club like that is not a challenge. If I really wanted a challenge, I should have gone to Juve when they were in Serie B to get it to Serie A and take it back to the top."

"He is not a natural talent, but the result of his work," the Malmo native said.

A free agent after a two-year stint with the LA Galaxy, Ibrahimovic strongly hinted that a return to Italy was in the cards.

“I will go to a team that needs to start winning again, that needs to renew it's history," Ibrahimovic said. "I'll see you soon in Italy."

While Ibrahimovic has been tipped to a return to Milan, he's also been courted by Napoli and Bologna in recent weeks.

As for facing Ronaldo back in Serie A, Ibrahimovic says it's impossible - the real Ronaldo - the legendary Inter and Real Madrid star - is retired.

“Will I find the real Ronaldo in Italy?" Ibrahimovic said. "None of it! There is only one Ronaldo, the Brazilian one."