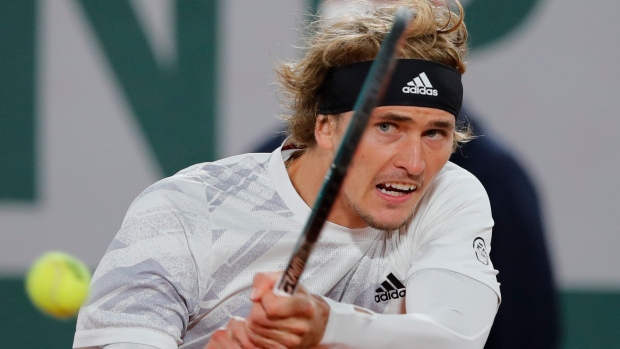 Zverev missed the chance to settle the match when he served at 5-3 in the second set, but eventually prevailed after 2 hours, 40 minutes to move another step closer to his second Cologne title in as many weeks.

The German city is hosting back-to-back ATP competitions that were added to the pandemic-disrupted schedule.

Zverev defeated Felix Auger-Aliassime in the final of the Cologne Indoors last Sunday. They could yet meet again, as the Canadian was playing Yoshihito Nishioka in the last quarterfinal of the second tournament for a semifinal place against the second-seeded Diego Schwartzman.

Zverev next faces Italian wild card Jannik Sinner, who recovered after losing eight games in a row to upset Gilles Simon 6-3, 0-6, 6-4. Sinner was 0-2 down in the deciding set.