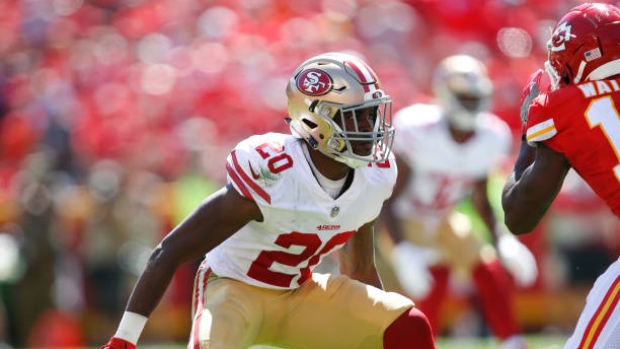 The 49ers said that safety Jimmie Ward broke his collarbone at practice on Thursday and that first-round defensive end Nick Bosa has been diagnosed with a grade 1 hamstring strain.

Ward is expected to miss at least eight to 12 weeks but should be healed by the start of the season. Bosa will need a few weeks to recover and will likely be out for the rest of the off-season program that ends June 13 but ready for training camp in July. Bosa hurt his hamstring during practice on Tuesday.

Ward had been working with the starters at free safety this off-season after signing a one-year contract with $3 million guaranteed and $1.5 million in roster bonuses in free agency. Ward was picked in the first round in 2014 but has played only 51 games in five seasons, ending four of them on injured reserve with broken bones. He also broke his collarbone in 2016.

With Ward sidelined, Adrian Colbert will likely take his spot as starter during practices this off-season. Colbert was a seventh-round pick in 2017 and became a starter at free safety halfway through that season after Ward broke his forearm. Colbert began the following year as starter but went down with a season-ending ankle injury in October.

Bosa was picked second overall by the 49ers despite going down with a season-ending core muscle injury in his third game last season for Ohio State. Bosa was part of a major upgrade this off-season to San Francisco's pass rush, along with defensive end Dee Ford.