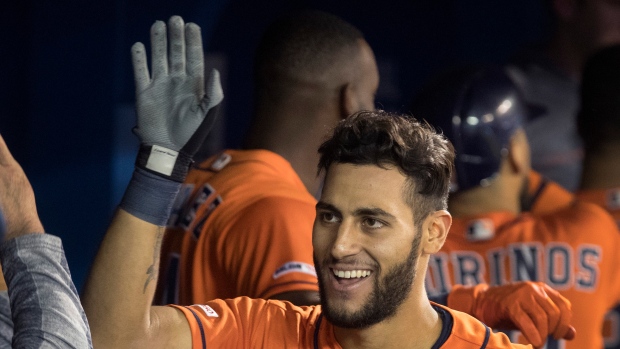 TORONTO — Abraham Toro and Jordan Balazovic have won the top two minor-league awards from the Canadian Baseball Network for 2019.

Toro, a Houston Astros prospect from Longueuil, Que., received the Randall Echlin Award. He batted a combined .324 with 17 home runs in 114 games in double-A and triple-A before playing 25 games in the majors.

Balazovic, a Minnesota Twins prospect from Mississauga, Ont., had a 2.69 ERA while striking out 129 in 93 2/3 innings in class-A and class-A advanced.

In the foreign or independent ranks, Jamie Romak of London, Ont., was named offensive player of the year and Phillippe Aumont of Gatineau, Que., was tabbed top pitcher.