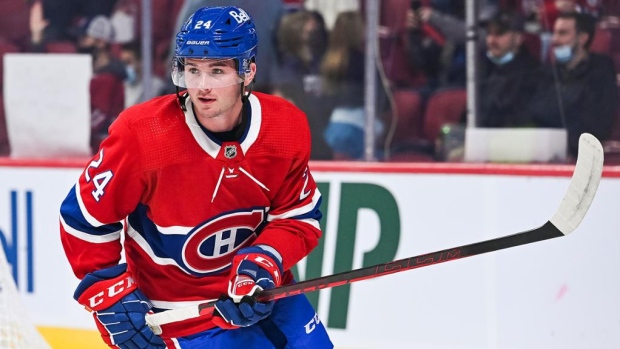 The Vegas Golden Knights claimed the 25-year-old forward off waivers from the Montreal Canadiens.

A native of Winnipeg, Brooks appeared in four games for the Habs this season, tallying an assist.

Adam Brooks was claimed off waivers by the Golden Knights. Good luck in Vegas, Adam! pic.twitter.com/k1YqnV9Hsu

Originally taken in the fourth round of the 2016 NHL Entry Draft out of the Western Hockey League's Regina Pats, Brooks spent the first four seasons of his pro career in the Toronto Maple Leafs system.

Brooks made 18 appearances for the Leafs over two seasons, scoring four goals and four assists.

He previously claimed off waivers by the Canadiens from the Leafs in October.