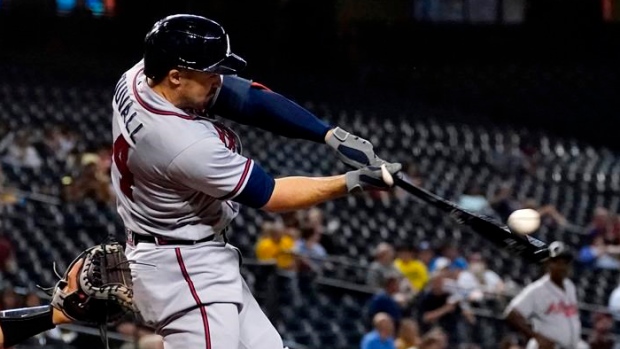 PHOENIX (AP) — Adam Duvall passed teammate Austin Riley while running the bases after a drive over the wall in left-center, costing the Atlanta Braves slugger his 38th homer of the season.

Duvall was ultimately credited with a two-run single on the bizarre first-inning play against the Arizona Diamondbacks. It happened because Riley thought the ball had been caught.

With runners on first and third and one out, Duvall hit a deep flyball off Merrill Kelly. Arizona center fielder Jake McCarthy leaped near the wall, and the ball deflected off his glove and into the first row of seats.

Riley, thinking McCarthy had the ball in his glove, retreated to first base as Duvall passed him between first and second. Duvall was ruled out at second on what's known as a “runner's fielder's choice.” Freddie Freeman and Riley scored on the play to give Duvall 109 RBIs this season, which leads the NL.