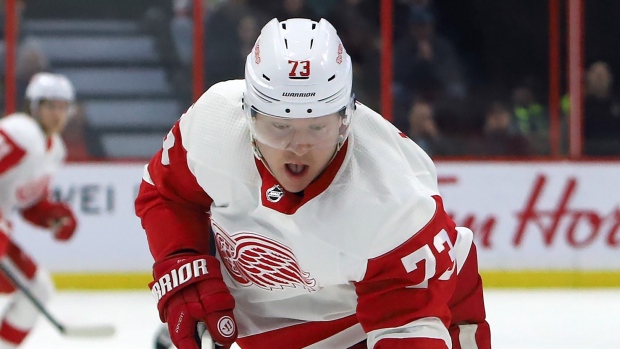 The Detroit Red Wings have agreed to terms with left winger Adam Erne on a two-year contract, the team announced Sunday.

A restricted free agent, Erne and the Red Wings originally had an arbitration hearing scheduled for Aug. 21.

The 26-year-old had 11 goals and nine assists in 45 games for the Red Wings last season, his second in the Motor City after coming over in a deal with the Tampa Bay Lightning in August of 2019.