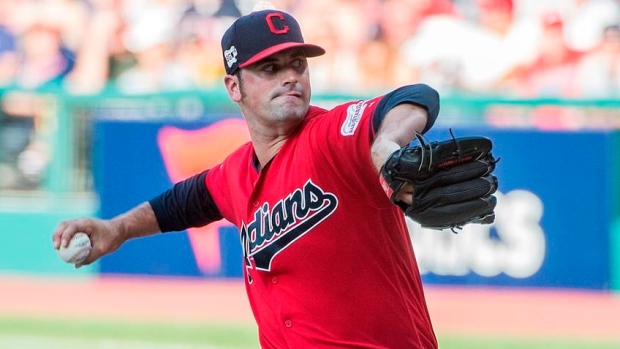 Mike Clevinger was supposed to pitch for Cleveland as they took on the Chicago Cubs Tuesday night. Instead, it was Adam Plutko who started the game and took the loss as Cleveland fell 7-1.

After Tuesday's game, Plutko made it clear that Clevinger and teammate Zach Plesac -- who are both on the restricted list after leaving the team hotel to go out in Chicago over the weekend -- have lots of work to do to earn back the trust of the locker room.

"They hurt us bad," Plutko told reporters. "They lied to us. They sat here in front of you guys and publicly said things that they didn't follow through on. It's gonna be up to them. It really is. I'll let them sit here and tell you how they're gonna earn their trust back.

Cleveland sent Plesac home in a car service once they discovered he had been out, though it took the team longer to figure out Clevinger, who remained with the team and flew home with them on Sunday, was with him. The team did not say how they found out the players had broken protocol.

Both Plesac and Clevinger have released statements apologizing for their actions.

"This one kind of hurts," manager Terry Francona said Tuesday. "We'll deal with it like we always do."

Francona returned to the team Tuesday night after missing eight games to rest and treat a gastrointestinal ailment he has battled for the last several months. Carlos Carrasco, Clevinger and Plesac's teammate in the starting rotation, was diagnosed and treated for leukemia last year.

Cleveland has not indicated when Plesac or Clevinger will be allowed to return to the team.

They will continue their series with the Cubs Wednesday evening at Progressive Field.