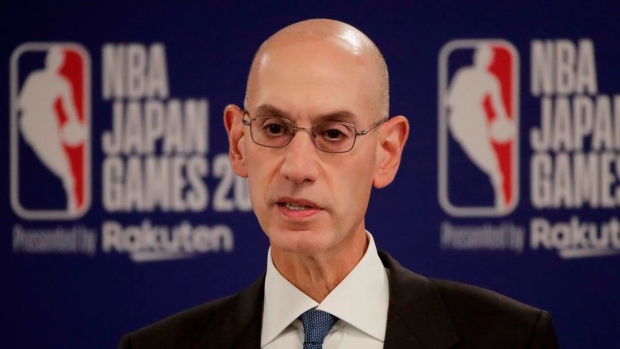 The NBA has been hoping for a Dec. 1 start to the 2020-21 season, though Commissioner Adam Silver said on the ESPN telecast of Thursday's NBA draft lottery that date now "is feeling a little bit early to me."

Without fans at games, a major revenue stream is obviously lost for the league and its teams. There have been talks about starting next season with one or multiple bubbles, like the one where the league is playing now at Walt Disney World in Lake Buena Vista, Florida, but the obvious preference is to have fans returning to games.

"Our No. 1 goal is to get fans back in our arenas," Silver said on the telecast. "My sense is, in working with the players association, if we could push back even a little longer and increase the likelihood of having fans in arenas, that’s what we would be targeting."